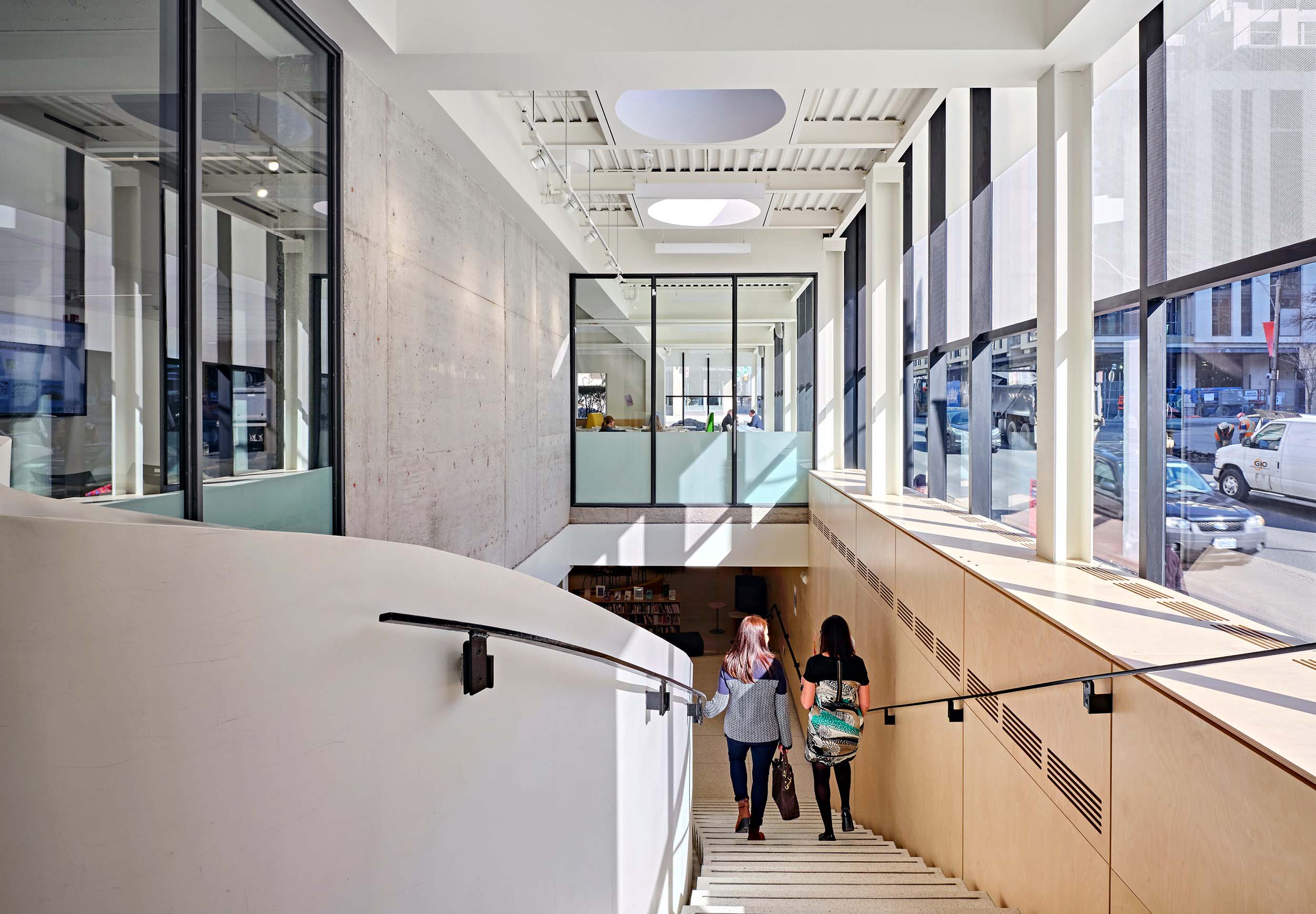 Case Study
“Ten years ago, we were the fallback choice. We had to tell a different story.”
The York School

In 2010, The York School was at a crossroads. The young school, a small institution on one of the busiest streets in the city, had worked for years to hone its academically rigorous curriculum. Still, the market was dominated by legacy schools with ivy-encrusted walls, hundred-year histories and storied reputations. By contrast, The York School offered a co-ed, non-denominational community in a modern, urban environment. Theirs was an education that could transcend borders. So why were they struggling to grow? “Ten years ago, we were the fallback choice,” says Justin Medved, the school’s associate head of academics. “For those parents to consider a different option, we had to tell a different story.”

The school hired Marika Motiwalla, an alumnae who’d come from abroad and whose parents had chosen The York School precisely for its modernity and international focus. She knew the school wanted to better showcase its values, to become the top choice for students seeking an alternative to the city’s more traditional offerings. “There was no clear path on how to do that,” she says. The school’s branding, with its dark forest green crests and awkward typography, just didn’t fit with its ethos.

When The York School partnered with us, we knew it was essential to understand where the school wanted to go. “Aegis asked us the right questions,” says Motiwalla, then the school’s marketing and communications officer. Getting both practical and cultural understanding of the York School ensured that their real culture and values informed the communications.

The resulting brand image was unmistakable. Within the open white space of a York School ad, readers find witty wordplay, set in a modern, geometric font, over colourful and lively portraiture of real kids being themselves—an impression that aligns with the school’s modern value proposition.

We recommended that TYS own its streetfront location, and designed banners to prominently display the school’s position on Yonge Street. And, together with the school, we developed the “Be Yourself. Be Great” campaign, which introduced the city to six of The York School’s students, defined not just by their academic successes but by their passions and pursuits outside of the classroom.

Read about the “Be Yourself. Be Great” campaign

The result was an astounding success. Enrollment inquiries rose by 600 per cent. More importantly, the rebrand transformed a hidden gem on Yonge Street into one of the city’s leading co-ed independent schools. “It really changed how the school presented itself,” Motiwalla says. “It felt authentic. It didn’t feel as though we were telling people what we did. It felt like we were showing people what we did.”

These initial projects led to a decade-long partnership between Aegis and The York School. Together, we’ve reimagined how joyful learning can be. We’ve communicated the importance of play in education to donors, and have helped fill kindergarten classrooms with our “Start of Something Awesome” campaign, leading to a waitlist for kindergarten for the first time in the school’s history.

Read about the “Start of Something Awesome” campaign

Each subsequent campaign for the school evolved in order to emphasize a specific aspect of the value proposition. The “Take on the World” campaign highlighted The York School’s status as an IB world school as a platform for the aspirations of its students. A second “Take on the World” campaign focused directly on The York School’s co-ed offering to differentiate it from single-gender schools in its market.

The responsibility of a branding agency is to make a brand so clear that it helps other people make decisions. We’ve seen the York School grow in their ability to communicate their identity through design, even beyond our involvement. This was the case when they brought on the architecture firm Montgomery Sisam and its principal Robert Davies.

Read about the “Take On The World” campaign

As the school’s presence grew, so too did its need for a physical space that reflected its values. Davies designed a campus filled with daylight, opening up spaces to offer myriad pathways for students to move through. “Part of having a calm state of mind is knowing how to orient yourself within your community, within your space. There’s no anxiety about what’s around the corner,” Davies says. The result was a school environment that was contemporary, open and bright—the same qualities that informed our work with the York School’s brand.

By celebrating the very values that make it unique, The York School has helped students understand that’s exactly what the school can do for them, too. “Education is all about providing a framework of thinking—it’s being pushed, stretched, challenged,” says Praveen Muruganan, the school’s director of admissions. “I see The York School positioning itself for the future, helping its students be prepared for the world. I expect Aegis to be part of that.” ⬤

Read about the “Let’s Reimagine” campaign

Read about the “Co-Ed” campaign
Next Case Study / Camp Kandalore
“Aegis immersed
themselves in our culture.
They lived camp in its
most authentic way.” 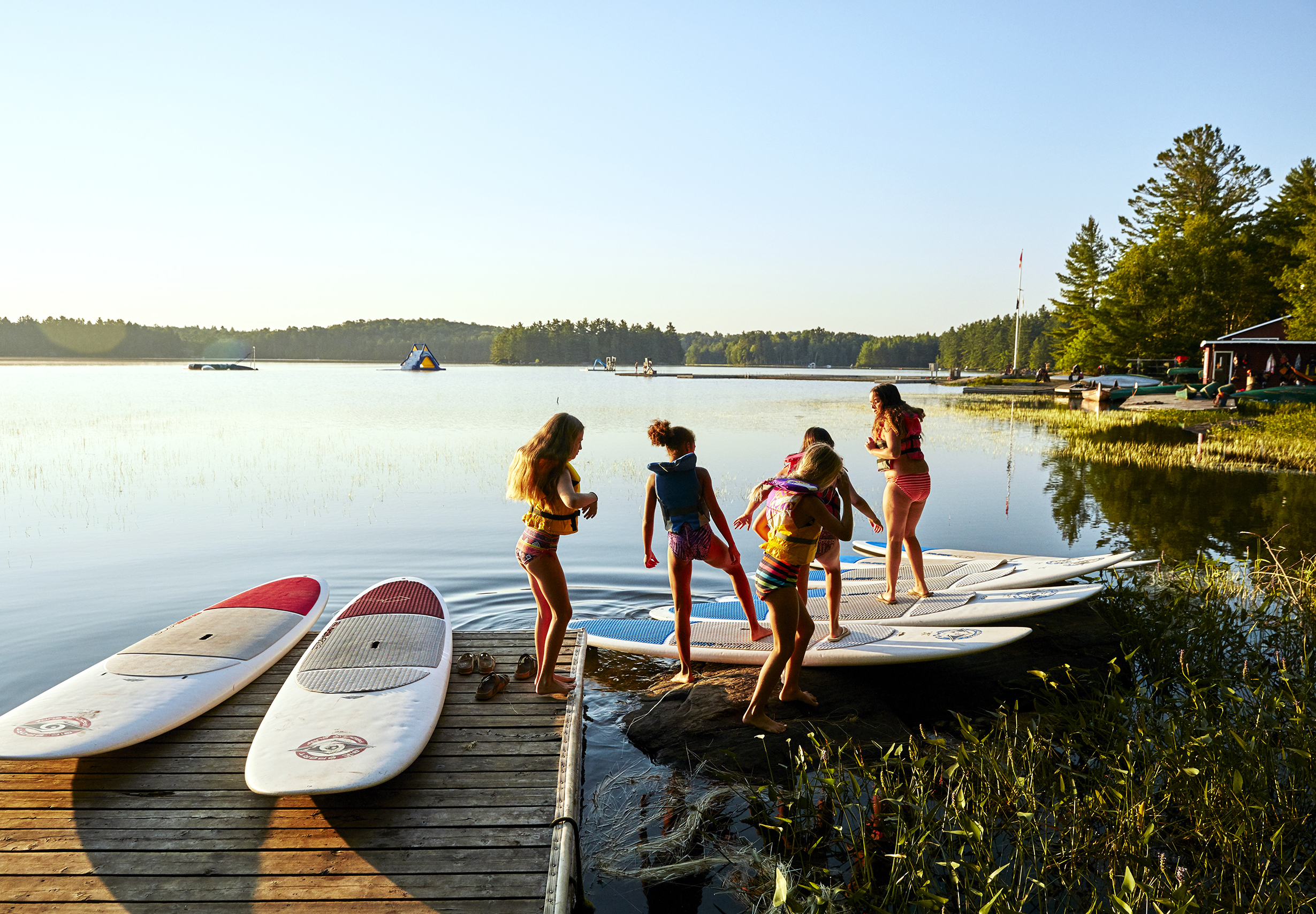 The York School
1
We focused on culture to transform a school’s brand identity and its relationship to the market.

1
Camp Kandalore
2
We created a bespoke website to define what was special about a beloved summer camp.

2
Crescent School
3
We rethought the purpose of a school magazine in building a relationship with its alumni.

3
United Way
4
We revitalized a fundraising campaign by focusing on the power of personal action to effect change.

5
Thomson Reuters
6
We helped one of the world’s largest and newest information companies define their early identity.